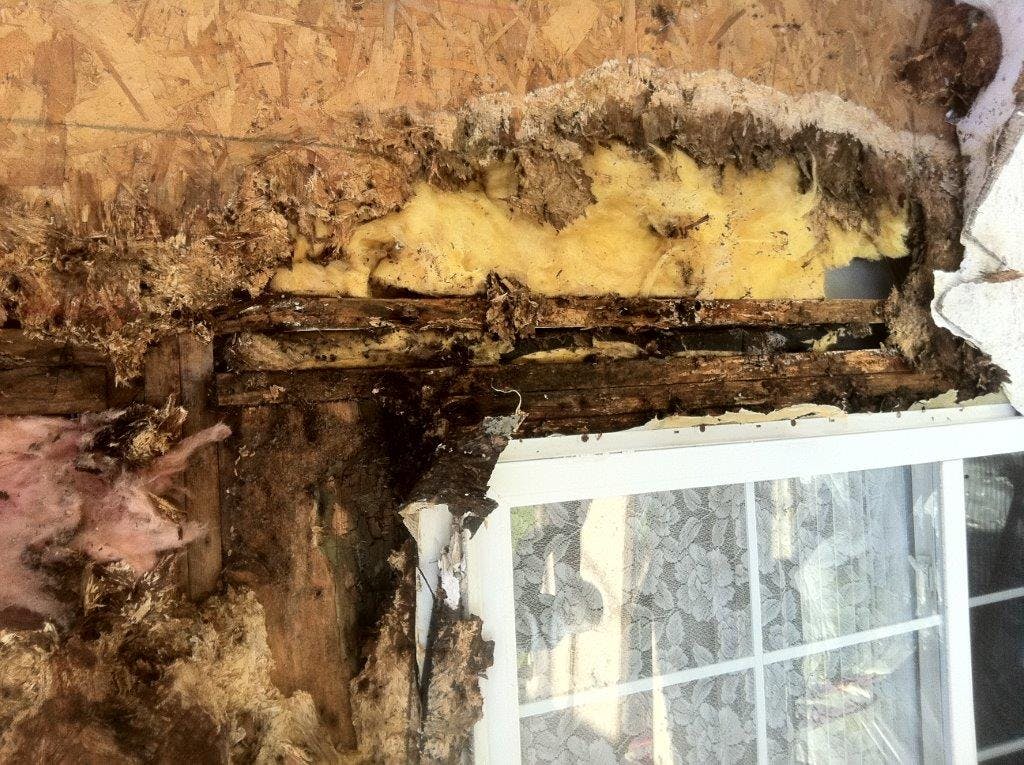 Chester County, Pennsylvania is suffering from a stucco problem, and it has been for roughly the past 20 years. Many stucco homes that were built between the early 2000s and mid-2010s suffer from moisture penetration that has led to internal damage and mold buildup. If you own or are looking to purchase a stucco home built in Chester County during this time, this article is for you.

Why Does Chester County have a Stucco Problem?

Starting in the early 2000s, construction companies in the region weren’t properly installing stucco on new homes. They only applied one layer of stucco, failed to install flashing around major moisture entry points, and did not include proper air channels or weep screeds. This led to moisture being able to infiltrate the walls with no way for it to escape or for the walls to dry out.

Some homeowners began noticing issues within the first few years, but for others, the damage wasn’t noticeable until a decade or more later. This is a huge problem for two main reasons. First, if you didn’t notice the moisture intrusion for over a decade, that generally means the damage has been going unchecked for that long. In most cases, the moisture intrusion began as soon as the home was built. So when you do finally get remediation work done, it will be much more complex than if the issue had been caught early on.

The second problem is that homeowners only have 12 years to hold a construction company liable for new construction that was done improperly. 12 years might seem like a long time, but as many stucco homeowners have found out, it can take longer than that for signs of internal damage to appear where they can see them. For this reason, it is important to identify problem areas and have your home checked before you miss out on this liability period.

When moisture infiltration is a concern, there are a few common problem areas that you can check. The most high profile of these problem areas are doors and windows. If the flashing is improperly installed or missing entirely, water can make its way into your walls via the cracks surrounding the doors and windows. Other openings where water often seeps in are utility entry points and material interfaces — where two different external materials meet, such as stucco and stone. Sealing and flashing will help in these spots as well, and a weep screed will allow water to escape from the wall while also allowing air to enter and dry the area.

Other problem areas are those that direct water where you don’t want the water to be directed. For example, if your gutter and downspouts are working properly, they function to remove water from major infiltration spots. But if they’re clogged, the opposite could end up happening. Wall-roof junctions (corners where walls and roofs come together) can also direct water down walls if kick-out flashing isn’t used. And if porches and decks are situated above the foundation layer of a wall, pooled water can cause damage.

The final two problem areas are those that most homeowners would never expect: Chimneys and landscaping. The hollow shaft of the chimney isn’t a problem, but what can be a problem is that chimney walls are generally hollow to reduce weight. That means they’re the perfect place for water to intrude, and are also one of the least likely places to be checked for damage. Landscaping, on the other hand, can cause damage to your walls, such as cracking, through which moisture can enter. If trees and bushes are too close to your home, their roots can wreak havoc.

How Much Does Stucco Remediation Cost?

In this article, we’ll explain some of the factors that influence the overall cost.

Signs and Symptoms of Moisture Infiltration

While mold, mildew, and fungus are a symptom of moisture intrusion that may be visible, the greater threat to your home is one that cannot be seen until the remediation process begins. Rotting of the wooden frame structure within your walls is the most serious symptom of moisture intrusion. When the frame rots, it can cause your walls to no longer be structurally sound.

Even if you don’t notice signs of water damage in your own home, you should keep an eye on your neighbors. If you live in a development with multiple stucco houses and one of those houses is suffering from moisture infiltration, there’s a good chance that the others are too. So if you see that your neighbors are having their stucco remediated, it’s probably a good idea to get your home checked as well.

When done right, stucco remediation involves the removal of all external material on your walls down to the frame. And if the frame is showing signs of rot, portions of it may have to be removed and replaced as well. Then, once the frame is structurally sound, the layers of the wall are reapplied using the proper modern methods. The layers of a wall include:

If you own a stucco home in Chester County that was built between the early 2000s and mid-2010s, there may be hidden moisture damage within your walls as a result of improper stucco application during construction. Contact us today to set up an appointment for your home to be checked for moisture infiltration. And if your home is in need of stucco remediation, our professional team has been trained to get the job done the right way so it lasts for decades.